The Art of Data-Driven Storytelling 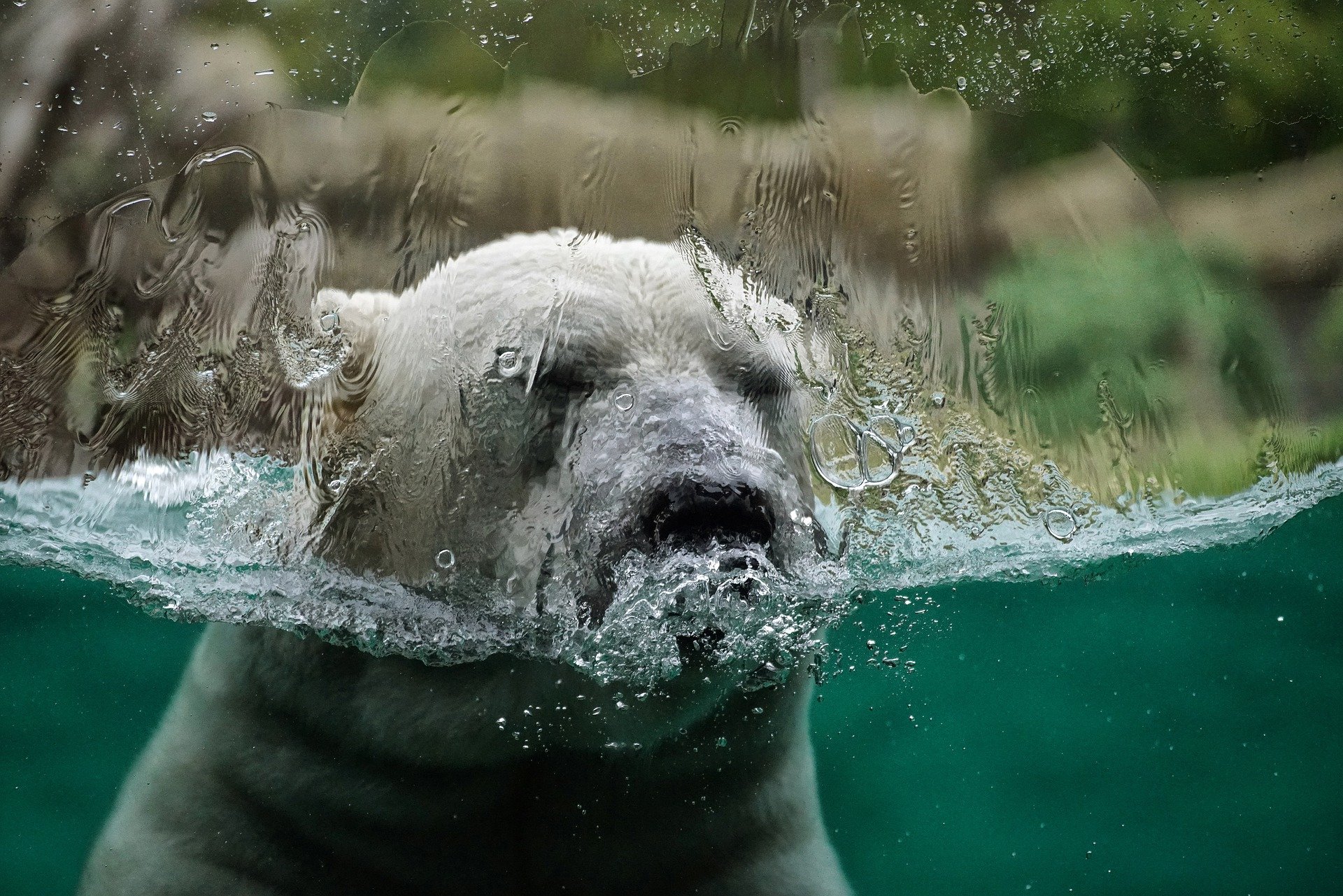 Climate change is a phrase we often hear these days. Government agencies, corporate companies, non-governmental organisations, policy think tanks, and media houses are talking about climate change frequently. Curricula across the world are incorporating updates to include topics on climate change, pollution and environmental degradation. Scientists, experts and governments have been attempting to make people aware of the causes, consequences and scale of climate change.

It is an issue that impacts almost the entire world, albeit some communities more intensely. The only solution for it is collaborative action. For collaboration to happen, people’s participation is crucial. Participation requires them to have extensive knowledge of how climate change is occurring. Its adverse effects on health, economy, quality of living, agriculture, livelihoods and food security, and ways to combat it.

Raising awareness requires presenting facts, figures and evidence to people in an easy-to-understand and engaging manner. Placing raw data in front of people does not provide them with the information they need. Information needs to be captivating while not losing out on its essence. Data-driven storytelling is a relevant tool to represent evidence. The manner of representation appeals to the emotional and analytical side of the audience’s brains. Through a case study of climate change, this article seeks to explain the relevance of data-driven storytelling. And how it delivers evidence-led narratives to the public and raises awareness.

Environmental Degradation Stories From Around the Nation

In order to strike a chord in the audience’s hearts, stories need to be heartfelt and personal. They need to carry sentiment and appeal to the human conscience. Making moving does not have to be a limit to emotional storytelling. In the case of climate change, there is plenty of ethnographic and journalistic evidence. Such evidence is sure to intrigue the audience’s emotional brain. Journalists and scholars have published accounts of farming and pastoral communities across climate-vulnerable parts. Their livelihoods are under immediate threat due to climate change and environmental degradation.

The semi-nomadic pastoral community from Arunachal Pradesh Brokpa has been introducing a higher number of cattle called dzomo to adapt to the changing climate circumstances. The dzomo, a yak-cattle hybrid, is more heat-resistant and can adapt better to lower altitudes and higher temperatures. Besides, the herders have to constantly change their migration cycles due to erratic weather conditions.

Vadakil, a small farmer living in the hilly Wayanad district of Kerala, notes that the number of warm days in the year have more than doubled in his lifetime. [1]https://ruralindiaonline.org/en/articles/the-happy-days-are-now-just-nostalgia/ People used to light a bonfire to stay warm after 4 pm every day, but these days they don’t. Wayanad is no longer the cold, misty place it once used to be. The overall rise in temperature negatively impacts heat-sensitive crops like coffee, pepper and orange that were once abundant. [2] https://ruralindiaonline.org/en/articles/why-is-the-climate-changing-like-this/

Cyclones and Destruction in the Sunderbans

Frequent cyclones and rising sea levels have caused immense trouble for the people of Ghoramara, an island village on the river Hooghly in the Sunderbans. Cyclones have devastated their homes, washed away crop warehouses and livestock, and destroyed their paddy and sunflower fields. The island’s total area has gone down from 8.51 square kilometres in 1975 to 4.43 in 2012.[3]https://ruralindiaonline.org/en/articles/i-have-to-leave-ghoramara-but-why-should-i/ The loss of large swathes of arable land has forced hundreds of people to unwillingly migrate away from the village in search of better livelihoods.

Families depending on agriculture in Garelpada, an Adivasi hamlet in the Thane district of Maharashtra, are staring at huge amounts of debt owing to both of their crops failing in 2019. An extremely rain-scarce June that led to crops drying out was followed by intensely excessive rainfall over the next two months, causing their crops to be washed away.[4]https://ruralindiaonline.org/en/articles/in-thane-the-rain-has-gone-rogue/

These accounts paint a vivid picture of how climate change has been personally impacting communities dependent on nature for their survival and livelihoods. Highlighting the troubles faced by tillers and herders implores the foundational elements of humanity, tugging on the thread that holds us all together as human beings. This helps the audience to look at the evidence as more than just hard facts and invokes an emotional response.

While individual and community accounts fruitfully do their job of invoking an emotional response out of the audience, the response needs to stay for a longer time. A long-lasting response from the audience is possible by allowing them to critically analyse the subject at hand. This is achievable through a concise yet comprehensive outlining of the relevant facts and figures. That is precisely what this section seeks to do: go over a range of statistics needed to understand the extensive impact of climate change on agriculture in India.

Rainfed agriculture occupies more than half the land cultivated in India.[5]https://agricoop.nic.in/en/divisiontype/rainfed-farming-system# A change in rainfall patterns causes huge trouble to farmers dependent on rain for irrigation. In fact, an estimate suggests that the yield of rice will reduce by 7% in the next 30 years. Further, another estimation suggests that wheat yields will decrease by anywhere between 6 to 25% by the end of this century. [6]https://pib.gov.in/Pressreleaseshare.aspx?PRID=1696468 A degree Celsius rise in temperature will result in a loss of 4 metric tonnes of wheat. While on the other hand, crops like soybean and legumes are will increase in production due to a higher concentration of carbon dioxide in the atmosphere. Scientists predict that this positive impact will not last for more than a decade.[7]https://www.downtoearth.org.in/news/agriculture/climate-change-causes-about-1-5-per-cent-loss-in-india-s-gdp-57883

Changes in temperature, precipitation and solar radiation patterns will cause an average reduction of 30% in crop production in South Asian countries by the year 2100. In addition to this, a one standard deviation increase in temperature is believed to have caused a 9.8% decrease in real wages and a 7.3% increase in rural mortality rates in India. The World Bank estimates that climate change will lead to a 5 percent annual decrease in India’s Gross Domestic Product (GDP).[8]http://164.100.47.193/Refinput/New_Reference_Notes/English/climate_change.pdf These numbers highlight the socio-economic impact of climate change.

These temporally and spatially broad statistics provide a clearer idea of how climate change has been impacting agriculture across India. They complement the accounts of communities described in the previous section and give them authenticity. Although large numbers are not memorable, they are grounding and provide a strong foundation to narratives. In this case, they help quantify the material impact of climate change on lives, livelihoods and the economy and sustain the emotional response the audience might have after reading the qualitative evidence.

Through data-driven storytelling, one can effectively integrate the micro and macro perspective of a certain subject and weave a comprehensive narrative. Merging perspectives by combining varied forms of qualitative and quantitative evidence enables you to create an all-around story that will captivate your audience. Such stories are clear, crisp, easy-to-follow and informative and can give your audience an extensive overview of the context while also putting forward the argument you want to. The versatility and flexibility data-driven storytelling offers to both creators and the audience makes it a powerful tool.

In a world where tons of data are created, and thousands of content pieces are shared every day, it is imperative for organisations to stand out in their content to cut through their competition. Data-driven storytelling gives you a competitive edge and helps establish yourself as a thought leader. Providing an authentic narrative backed by evidence is an essential step towards gaining your audience’s trust. With data-driven storytelling, you will be prepared for the future of marketing, branding and outreach.

What is data-driven storytelling?

Although numbers by themselves are not memorable, they are solid and grounding. They create a strong foundation for stories to be built upon. Data adds authenticity and value to stories.  If storytelling is an art, numbers are the oils, and the world is your canvas, then data-driven storytelling is the art of turning raw data into easy-to-understand plain stories.

How does Project Nile use data-driven storytelling?

Project Nile is a Mumbai-based consulting service and media house that strives to create a space for researchers, writers, creators, policymakers, and activists. We use the concept of data-driven storytelling with the help of research and analytics to weave written and visual content.

What are the elements of effective data-driven storytelling?

An effective data-driven story is composed of three elements: data analysis, visualisation and narrative.[9]https://medium.com/@project_nile/making-an-impression-with-data-driven-storytelling-79f7a8675252 Raw data is the starting point of a data-driven story, making it essential for data to be collected, sorted, and handled with good care. The data then needs to be meticulously analysed to derive insights and inferences that are fuel for the story. At this point, data visualisation becomes key. In order to represent the data collected and insights derived in a clear manner to the public, visual tools come in quite handy.