An Ecomodernist Remaking of Masculinity 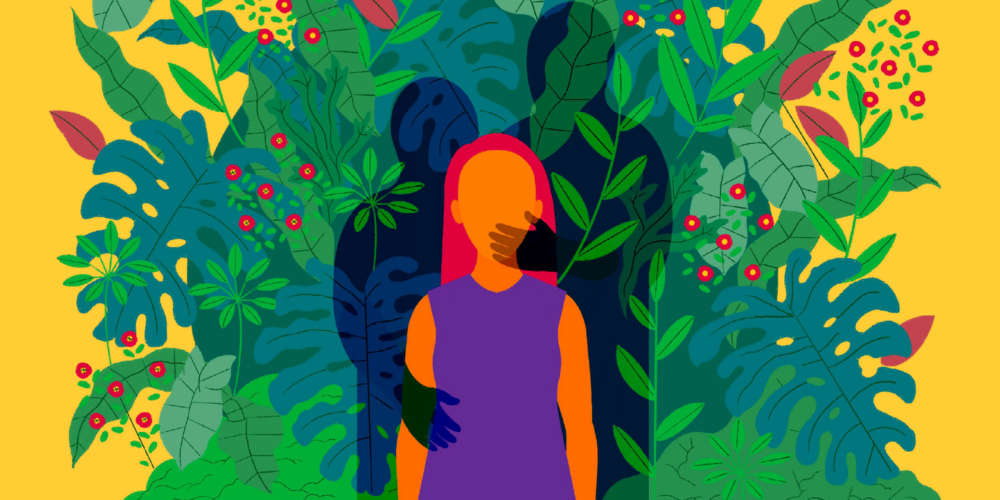 The article argues how ecomodernism caused a change in the way masculinity is manifest but still preserved hegemonic forms of gender dynamics.

“Masculinity is a term of no great clarity”, remarked Freud in his essays on the theory of sexuality. (Freud 219) Masculinity is socially constructed and exists at several levels: in culture, in the economy, in political institutions, in social structures, in the use and perception of the body, and even in individual interactions. It is constructed within a gender order that defines masculinity in opposition to femininity, and through this, perpetuates not only a divide but also a form of power relations between genders. Even among men, power relations and divides caused by various external factors and differences in individual personalities create different constructions of masculinity. Every form constantly struggles to assert itself as the most hegemonic form of masculinity. The form that is hegemonic at a given time and place influences how patriarchy is institutionalized. This institutionalization can also be seen as an embodiment of a particular strategy for the subordination of women. (Connell 1990)

R. W. Connell (1990), a prominent Australian sociologist, points out that the struggle for hegemony among men has two sources. The first is the formation of different motivations and commitments in individual men, for example, differences in sexual preferences or conflicting ideological leanings. The second is the formation of conflicts of interest at a social and structural level, for example, differences in social position or income inequalities. Conflicts over masculinities, similarly, have two levels at which two different things are at stake. On one level, alternative transformations of personal life are at stake; on the other, alternative futures of the collective gender order. (Connell 1990) To understand any attempt at reconstructing or remaking masculinity, it is necessary to keep both levels in mind.

This article is an attempt to examine the remaking of masculinity at a structural level, in the context of the rise in ecomodernism as a dominant form of discourse around the environment. The article seeks to define the relevant terminology and summarize the available literature related to ecomodernism and masculinity.

Ecomodernism, in crude terms, is an environmental philosophy that argues that humans should strive to protect the natural environment while also improving human well-being by developing and deploying technologies that help decouple human development from its environmental impacts. Ecomodernist principles have been gaining traction as early as the 1990s in the US, but it is only in 2015 that it has been conceptually defined. Ecomodernism is based on the idea of a “Good Anthropocene.” As the term suggests, Anthropocene is an idea we have reached in an era in human history where the natural environment is being increasingly controlled by human activity, and humankind has become a global geological force in its own right. (Steffen et al.) An Ecomodernist Manifesto, a document which gives us a comprehensive overview of the ideology and its objectives, states that “A good Anthropocene demands that humans use their growing social, economic, and technological powers to make life better for people, stabilize the climate, and protect the natural world.” (An Ecomodernist Manifesto) The ecomodernists reject the idea that human societies must harmonize with nature to avoid economic and ecological collapse and instead argue that what is needed is a reliance on technologies, from nuclear power to carbon capture and storage, that can help protect the environment. (Caradonna et al.) In a nutshell, ecomodernism is the belief that environmental problems caused by human intervention can be solved through a more human intervention that is scientifically planned.

Since we have defined the terms’ masculinity’ and ‘ecomodernism’, we can now describe the relation I seek to establish between these two terms. It can be argued that Ecomodernism has caused a remaking of masculinity, suggesting that the form and characteristics of the dominant kind of masculinity have undergone a change. To understand how it has transformed in the context of ecomodernism, we need to examine the characteristics of masculinity as it was constructed by the environmental discourse pre-ecomodernism. To understand this, Cara Daggett’s conceptualization of Petro-masculinity is very helpful. In a 2018 paper, Daggett introduced this concept. She explains that the conservative nostalgia we see in the US right now is predicated upon an ongoing supply of cheap fossil fuels. For many, extracting and burning fuel was a practice of white masculinity and of American sovereignty, such that the explosive power of combustion could be crudely equated with virility. Hence, shifts to other forms of energy that do not involve violent combustion of carbon are seen as less masculine. This masculinity also arises from a narrative of righteous fossil democracy since the West has been kept blind to the authoritative practices and environmental degradation involved in the extraction of fossil fuels in poorer countries.

The burning of fossil fuels is seen as being in tandem with Western liberal democracy. Daggett categorizes the Petro-masculinity as a form of reactionary hypermasculinity that emerged in reaction to changing energy policies and socio-environmental norms with the advent of ecomodernism, especially since it does not occupy much space in contemporary policy. Petro-masculinity is seen in contrast with ecomodernist masculinity. (Daggett 2018) This provides us with valuable insights into the kind of masculinity that was dominant before the rise of ecomodernism.

Anshelm and Hultman give us the concept of hegemonic industrial masculinity, which has a meaning similar to Petro-masculinity, but its focus is expanded to include modern industry as the source of this masculinity, not just fossil fuels. They use Carolyn Merchant’s analysis of the Enlightenment movement in Europe to bolster their arguments. Since the Enlightenment, a separation between man/woman and culture/nature was created, leading to the dichotomy of men/culture as rulers over women/nature. Merchant identified an important change from organic metaphors of nature, which were dominant up until the Enlightenment in Europe, that was then replaced by mechanical metaphors; eventually, nature was regarded as dead. This shift coincided with the rise of industrial-scale operators who viewed nature as a resource, for, example mining, water and timber. This industrial masculinity played a major role in how energy and environmental policies were designed in industrial societies. (Anshelm and Hultman 2014)

When we look at the history of environmental politics and discourse, we see that there was a political climate of conflict from the end of colonization till the late 1980s. There was a clear antagonism between a primitive ecological and an economically developed worldview. These two positions stopped holding the same value after ecomodernism entered the scene in the 1990s. (Hultman and Yaras 2012) The focus shifted from limiting economic growth and environmental degradation to limiting emissions while continuing with development. Traditional and primitivist forms of environmentalism lost their charm and relevance in an industrially dominated society. Hence, the advent of ecomodernism posed a far stronger challenge to Petro-masculinity and industrial masculinity than traditional environmentalism ever could. Traditional environmentalism caused a form of ecological masculinity, as put by Hultman, in the 1970s, in response to rapid industrialization but did not gain much importance. Traditional environmentalism was and is still often regarded as sentimental, emotion-driven, irrational, and hence “feminine.” Subsequently, it did not figure much in male/masculine-dominated policy spaces and remained as a personal ideological commitment causing small-scale individual actions. (Hultman 2017)

Ecomodernist masculinity is best understood as an emergent of the friction between traditional/industrial/Petro-masculinity and the increasing discourse around environmental protection. Eco modern masculinity has been part of the shift towards the recognition of environmental issues as an intrinsic part of politics from the 1990s onwards. It can be defined as an asymmetric combination of the determination and hardness of industrial modernity with appropriate moments of compassion and even a sense of care for a vulnerable environment from the environmental movement. Ecomodernism caused a shift from traditional ruthless masculinity to one that is a little more compassionate. Hultman, in a 2013 paper, traces this shift in masculinity through the changing roles played by Arnold Schwarzenegger, who became a globally influential ecomodernist figure.

Schwarzenegger started his career as a bodybuilder and exemplified a strong muscular male figure. In movies like Conan the Barbarian, Raw Deal, Commando, Running Man and Predator, he played the character of a violently masculine protagonist who compensates for his visible lack of words with physical action. Hultman invokes Carolyn Merchant to mention that this kind of objectifying and mechanical masculinity was a defining feature of the industrial era. In the early 1980s, the flaws of the modern industrial society were starting to be recognized and discussed, and by the end of the decade, they started to present serious challenges to not only policy but also popular discourse. This was the same time that a shift in representations of masculinity can be seen in Schwarzenegger’s movies. This shift is very noticeable in Judgement Day and Terminator 2. The role in Terminator 2 can illustrate the beginning of a new form of hegemonic masculinity in which violence goes hand-in-hand with care, a change that this role came to symbolize. Cultural analysis of Schwarzenegger’s character shows how the dominant norm of masculinity was challenged. In this film, he is depicted as both more sensitive and even more successfully violent. The other two protagonists, a muscular single mother and a T-1000 robot, could not replace the Terminator, suggesting that the way ahead is a mix of compassion and violence. (Hultman 2013)

Compassion for children and care for the environment remained a crucial part of both Schwarzenegger’s movies since the 1990s and his reign as the Governor of California from 2003 to 2011. He was criticized for his brand ambassadorship for General Motors’ Hummer, since it has a higher emission rate than other cars, during his campaign while running for Governor. Sociological studies suggest that the Hummer is seen as a symbol of strength, violence, safety and masculine potency. Schwarzenegger offered a solution which was a Hummer with fuel cell and hydrogen technology which would drastically reduce emissions. This offers us a symbolic yet very valuable insight into ecomodernist ideology. “The Ecomodern[ist] masculine configuration is that of responsible care for the environment while modern society can continue unchanged.” (Hultman 2013) This well exemplifies the asymmetry Hultman talks about in his definition of ecomodernist masculinity. While care and compassion are a part of it, they remain subordinate to techno-rationality, toughness and economic growth.

Today, and as has always been the case, masculinity’s ideas play an important role in politics and policy space, especially since they are male-dominated. While deciding whether ecomodernism is the right way ahead for environmental policy requires a separate analysis, it is pertinent that any attempt to critique ecomodernism takes into consideration the gender paradigm through which ecomodernism has existed in society. Doing so allows us to challenge the way we think about the environment and the discourses around it.

ABSTRACT In recent times, crime rates in metropolitan areas have multiplied. A lot of time, manpower, and resources are spent conducting mundane investigations to detect the accidents. The fact is that until today the monitoring Read more…