How Patriarchy Oppresses Both Men and Women 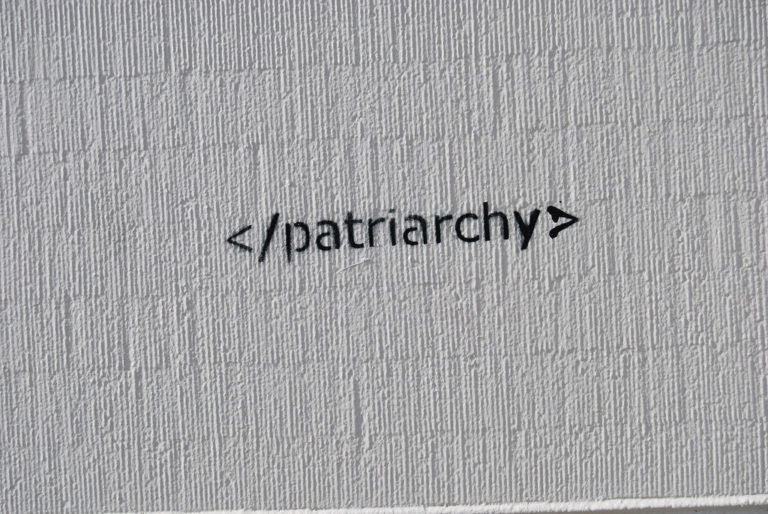 When I read Audre Lorde’s essay ‘The master’s tool will never dismantle the master’s house’, there was a line that caught my attention: “Only within a patriarchal structure is maternity the only social power open to women.” The more I think about it, the more sense it makes. It’s true that in a patriarchal society women are dominated and are never in a position of power except when they become mothers. Becoming a mother automatically elevates the position a woman has in a patriarchal society. Even in religious texts, one can find quotes like “Heaven lies under the feet of your mother.” Such a paradigm elevates the positions of mothers in society, but if you look at the general positions of power outside of motherhood, they are usually non-existent. If we shed more light on the power and respect that mothers enjoy, we will realize the field of this power extends only to her children and not to anyone else. So, even though mothers do have a sort of social power, it’s very limited, to say the least.

In a patriarchal society, women face oppression in many forms, and that oppression when translated into language transforms into a tool to define weakness. For example, most of the slang used to define female genitalia are also used as derogatory terms against men to express weakness. Men who are obese are mocked for their bodies by being referred to as having ‘man-boobs’ which is done to symbolize weakness or deformity. So, what happens in a patriarchal society is that men themselves suffer from the peripheral effects of misogyny they perpetuate. Hence, the power they want to exercise over women becomes the very tool for their own oppression and degradation.

A patriarchal society at one point doesn’t just become oppressive for women but men too. Such power structures render men emotionless as they have to live up to the definition of ‘being a man’. Bell Hooks explains, “The first act of violence that patriarchy demands of males is not violence toward women. Instead, patriarchy demands of all males that they engage in acts of psychic self-mutilation, that they kill off the emotional parts of themselves. If an individual is not successful in emotionally crippling himself, he can count on patriarchal men to enact rituals of power that will assault his self-esteem.”

How many times have we heard terms like ‘Be a man’, ‘Don’t be a little girl’, ‘Real men don’t cry’ and ‘men will be men’ — as usual the devil is in the details. The idea of gender equality is treated as a joke by such industries. Our language has degraded to normalize rape culture, our entertainment industry thrives on objectifying women, and our morality swells when we blame women for all that is wrong with society.

Has it sunk in yet? It should. Because in no way have we spared objectification and sexualization of women. Meanwhile, the silent majority helps perpetuate the effects of patriarchy by being bystanders and doing nothing. When we hear about politicians who defend rape and blame the victims, even the abuses we hurl at them to condemn their comments are often symbolic of the patriarchal nature rooted in us. From laughing at the misogynistic Bollywood jokes to perpetuating gender stereotypes, we have become unconscious agents of patriarchy.

So, what is the endgame in a patriarchal society? Understand, it simply creates a feedback loop where, if men don’t cut the connection with their feminine side, they are subjected to ‘assault on their self-esteem’ as Bell Hooks rightly puts it. And women at the same time face oppression and enjoy no power in society. We are left with a scenario that is horrible for both men and women. As long as these power structures exist, no one will be free from oppression.

Feminism is, therefore, necessary to eradicate these patriarchal power structures and establish gender equality, a way of being all men must embrace. Feminism focuses on gender equality, it’s an ideology that puts the well-being of every person at its core. The best part about feminism is that it holds a different meaning for everyone. While the meaning of feminism may differ from one person to another, what binds us together is the concept of equal opportunities for all genders and the freedom to express themselves.

ABSTRACT In recent times, crime rates in metropolitan areas have multiplied. A lot of time, manpower, and resources are spent conducting mundane investigations to detect the accidents. The fact is that until today the monitoring Read more…