Exploring Consciousness: The Pathology of Dehumanization 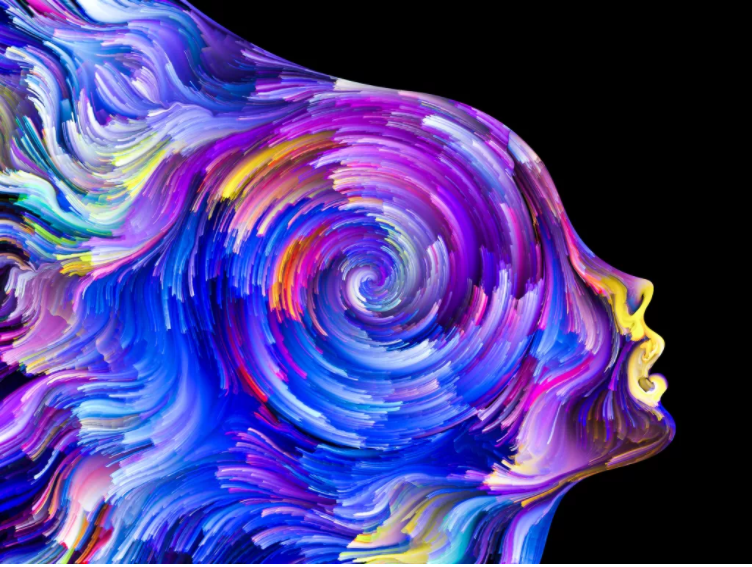 If we look at the human condition, one thing becomes absolutely clear: we are beings shaped by the sheer power of our will and our environment. Our willpower is a by-product of our consciousness. And we can exercise our will only when we become aware of the impressions that our past imposes on us and the possibilities of what the future entails for us. Without being conscious of these impressions, we are mere puppets whose strings are pulled by our environments, making us instruments of determinism.

What I want to talk about is how we as human beings in the 21st century are witnessing dehumanization, as is evident by the rise of extremism throughout the world. Something interesting happened. We witnessed huge advancements in technology and it incentivized the human being to focus its consciousness from its own self to the digital world. If we can all be honest with ourselves, how many of us can spend six hours locked alone in a room with no gadgets and nothing to append our consciousness to but our thoughts? There is a reason we get irritated, bored, or depressed when we spend too much time alone doing nothing. We as humans evolved with psychological barriers that lead to denial of human mortality. Our egos are very sensitive to scrutiny by our consciousness, and that’s why there exist psychological blocks that make self-reflection an arduous task. But technology did something unimaginable. It made self-reflection boring and avoidable perpetually. Why spend time doing nothing and being pulled by our thoughts into uncomfortable terrains when we can quickly get a dopamine spike by just browsing our phones? In a matter of decades, we got so hooked to technology that the art of self-reflection became constrained to traditional religio-spiritual practices. The process of unlearning was lost as we forgot how to reflect on our beliefs. We started inhibiting echo chambers, and only the privileged few were able to access enough echo chambers to understand their impact on the modern world.

Let’s explore briefly why our ego doesn’t like to be explored by consciousness. One basic reason is to avoid the pain of facing all the trauma we ever witnessed, something that can even go back to our childhood days. Self-reflection — unless you lived in a very privileged environment — can be a very depressing experience at first. All our identities simply crumble when the light of consciousness illuminates those shadows. Upon scrutiny, we realize we are victims of our own thought patterns. We notice how the same recording of a past experience has been playing in the depths of our subconscious for years and years. It’s a scary experience. Some people also lose the grip over the positive identities they formerly created for themselves. We then realize how little control we have had on the circumstances of our life and that can be overwhelming. It’s like believing you were in the driver’s seat all your life, only to find out that you were in the passenger’s seat instead. But it doesn’t end there. Once we realize our illusionary self identities, we realize that we can take charge of the driver’s seat. But we never learned to drive because of our dependence on our primal and secondary instincts. Secondary instincts are what I call the habits that we learned as a result of our environment. I could elaborate more about why spending time in our own depths can be an unpleasant experience, but I know that deep down every human being knows that self-exploration demands that we face our deepest most primal fears — something we are genetically hard-wired to avoid.

In comes the internet with consciousness hijacking capabilities. YouTube, Facebook, Google, Instagram, Snapchat, news portals, streaming services, and whatnot. To make matters worse, our economies are driven by capitalism and our governments are controlled by people who crave power. While there are sensible people using technology as a force of good, there are also profit and power driven people who found the perfect tools to brainwash people with their agendas. This created an environment where agencies that feed and survive on human attention began to exploit our most primal tendencies. Politicians who need people’s attention began saying things that made us feel psychologically threatened, but in doing so they also reinforced our attachment to our identities. Any identity is but an illusion, for we are not our identities. At the center of our being, we are empty; we are neither the seeker nor the sought. In simpler words, who we are cannot be quantified due to the immensity of our being, for emptiness itself is infinite. But that’s a problem for us because all our lives we have known ourselves to be finite and limited. Finding our truth would simply mean disintegration of the persona we’re so deeply attached to. And this fear is what gets exploited often. For example, when a politician says x community is a threat to our y community, at a deeper level, he is simply reinforcing our attachment to our y identity. That’s why playing divisive politics is so easy, because divisive politics requires us to simply hold on tighter to our current identity bubbles. In comparison, inclusive politics requires us to partially burst our identity bubbles and be vulnerable to the question “Who am I?”

Next up is consumerism. We have made it a habit to avoid self-reflection, either by busying ourselves or by constantly consuming something. We are always consuming. Sometimes it’s content and sometimes it’s dopamine spiking products, whatever be the case, we have made consumption a habit. Our society has evolved to make consumption our default state. How often do we find ourselves meaninglessly scrolling on our social media accounts as if looking for something that captures our attention, trying to escape our self? The answer for most people is almost always. Our phones have hijacked our consciousness and trained it to focus on the most attention capturing distortions. As we know, we are what we consume. So, whoever spends the most money or says the most ridiculous stuff will be able to have our attention. This happens because we have not yet learned to feel comfortable with solitude. To be okay, when we are simply doing nothing. To be okay being present in the moment or being pulled away from the present moment by our thought patterns. To accept our ephemerality, as is evident by our biological decay. Once we are comfortable with this, then we have a center to hook our consciousness to. That center is death itself. Once we look into that oblivion, we can control over where our attention goes. It’s then we have the willpower to be agents of change rather than simply reacting to change. Most of us fall somewhere in the spectrum of being controlled by our environments and controlling our environment through our will. And it’s beautiful on its own — this struggle of free will and determinism, like a dance between the creation and the creator.

Love, I have found, overrides it all. For when we love, it doesn’t matter if we are in control or if we are being controlled. Love is what makes this struggle a beautiful dance. But more on that later. Thank you for your attention!

[…] It isn’t just the glum poses depicted in Renaissance paintings; the depiction of negative moods dates as far back as first-century BC, in the bronze age, as depicted in the suicide of Ajax vase. Thus, philosophers, psychologists, and artists strive to understand what melancholy is and why it is part and parcel of the human experience. […]