Role of technology in the future of crowdfunding 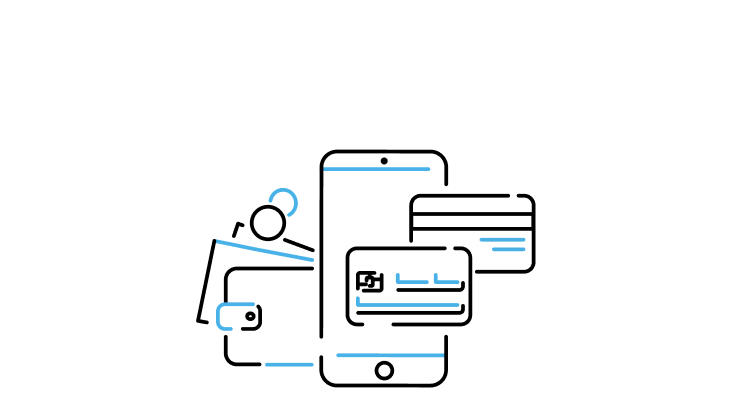 By Irfan Bashir and Ravina Banze

Currently, the world is on the verge of creating a trillion-dollar crowdfunding market. In the future, the major drivers of the crowdfunding market will be artificial intelligence (AI), blockchain technology, better internet access, and the proliferation of social media platforms. As technology allows for better access, efficiency, and transparency, platforms will benefit from strong network effects. The value of the platforms and the industry will be enhanced as the number of campaigns and contributors grows. Such a cycle would lead to a large number of consumers and investors participating in the crowdfunding and fintech market, thanks to the rise in technology

The mechanism is simple. The rise in the number of campaigns hosted on the platform will attract more potential supporters to the campaigns that resonate with them. The simple act of contributing to a campaign incentivizes supporters to leverage their social networks to help project creators meet their fundraising goals, thereby improving their chances of success. As more campaigns are funded, creators feel encouraged to start more campaigns, thus creating a cycle of growth on both sides of the marketplace. Social media and technological innovations have provided much-needed acceleration to the entire crowdfunding industry. For the time being, the global crowdfunding market enjoys strong double-digit growth. With multibillion-dollar fundraising volumes, the industry has so far only experienced minor course adjustments rather than stagnation or peak thresholds in growth.

This exponential growth of the crowdfunding industry has not gone unnoticed. In its Future of Finance report, Goldman Sachs, one of the biggest multinational investment banks globally, remarked that crowdfunding was one of the most disruptive emerging finance models. The report estimated that crowdfunding could address a $1.2 trillion opportunity over time. Another report predicted that the market for debt-based crowdfunding would hit the $1 trillion mark as soon as 2025. Based on current industry trends, the number doesn’t seem farfetched. The scope and impact of crowdfunding are bound to expand due to its evolving community and the dynamic technological innovations that have helped pave the way for greater transparency and efficiency.

In emerging markets, crowdfunding allows unbanked people to access capital, incentivizing them to get a bank account, and thereby introducing them to the formal financial system. Moreover, the digital investment market of crowdfunding offers a huge opportunity to a wide variety of constituents in getting loans and access to equity capital. Crowdfunding, being inherently the most social category of the alternative finance industry, is of particular interest to Millennials and newer generations. Studies have shown that millennials have a particular interest in producing a positive impact on society through their investments due to their heightened awareness of the social and environmental problems taking place in far corners of the world. Education, water, the environment, and gender equality form the top impact investment issues of interest for them. For millennials, crowdfunding represents a pathway towards a more inclusive financial tool that can be leveraged to mitigate societal inequities.

If major industry disasters like those that breach public trust can be averted, online crowdfunding will play a crucial role in major sectors like the entertainment industry, environment, education, NGOs, travel, real estate, politics, research, and journalism. In these sectors, online crowdfunding can provide an alternative financial pathway and circumvention around mediators, leading to a more inclusive financial environment. For example, in times with increasing possibilities for self-production of artistic content, crowdfunding represents a pathway towards a more open and diverse sectoral structure, with the potential for realizing a broad spectrum of cultural productions. Similarly, sustainability-oriented projects that often struggle to access traditional funding find more takers in the crowdfunding marketplace. Studies have shown that sustainable projects have relatively high crowdfunding success rates and can appeal to a broad backer audience. The perceived sustainable mission increases the probability of success of a campaign due to the potential positive effect the project can have on society.

Today thousands of crowdfunding platforms operate in nearly 170 countries. But the industry is yet to grow to its fullest potential. Most national markets are still emerging from nascent stages, where public awareness is confined to urban spaces, and the market is populated with few crowdfunding platforms. As the network effect gains pace and awareness in markets increases, online crowdfunding will face new challenges and opportunities.

Online crowdfunding can help usher in a new era of crowd economy wherein access to funding is available to the underserved segments of society, social inequalities are mitigated, and old socio-economic and political discriminatory patterns are subdued with the help of financial affirmative action facilitated by the crowd. However, such a vision is likely to remain utopian as long as the industry doesn’t address the challenges and biases that threaten its credibility and future. In the best-case scenario, online crowdfunding can offer an alternative social safety net to people, aid the establishment of new ventures, fund the development of new products, support upcoming artists, and contribute positively towards the sustainable growth of societies by filling the social funding gaps that governments cannot. In the worst-case scenario, we can expect the crowdfunding industry to suffer from mission drift due to poor regulation, unhealthy competition, increased incidences of platform fraud, crowd manipulation, algorithmic bias, pyramid schemes, and privacy concerns. While there is little doubt that the online crowdfunding industry will hit the $1 trillion mark, only time will tell whether it will be through the exploitation or the service of the crowd.

E-learning support tools, educational programs, and academic research can create awareness about the benefits and risks associated with the various models of online crowdfunding. There is a growing need for dedicated, unbiased, and academically sound educational programs in crowdfunding for both campaign creators and donors. The University of Agder, Norway, is among the first universities to come up with a dedicated course on crowdfunding. The course is a part of their Master’s program in Business Administration with a goal to acquaint students with the fundamentals of crowdfunding, maintaining a specific focus on understanding crowdfunding models, markets, as well as the development of skills for campaign planning. In the future, we can expect more universities to introduce courses on crowdfunding. The question remains whether such courses will also encourage discussions on the misuses and negative impacts of the online crowdfunding industry.

The use of technology by platforms is another factor that will play a huge role in determining the future course of online crowdfunding. The responsible adoption of artificial intelligence and blockchain technology by crowdfunding platforms can mitigate many concerns that currently loom over the industry.

AI tools can process large amounts of user data to predict donor preferences, allowing crowdfunding platforms to showcase causes aligned with a donor’s past contributions and online behavior. Insights from user engagement data also help platforms curate content that appeals to their donor base. Some platforms have also started experimenting with AI-driven chatbots to assist campaigners in producing fundraising appeals. This allows campaigners to launch their crowdfunding campaigns within five to fifteen minutes. In India, Milaap and ImpactGuru use an AI-based story-builder to help people start their campaigns within a few minutes. It is especially helpful in cases of medical emergencies and for people with lack the necessary literacy to write a campaign appeal.

Furthermore, as the number of fraud cases increase, crowdfunding platforms will face increased pressure to perform due diligence processes. For instance, in 2018, Kickstarter’s team suspended 354 projects and 509,487 accounts and banned 5,397 users for violating the company’s rules and guidelines — 8 times as many as it suspended in 2017. More and more platforms are using AI to verify the identities of campaigners and detect cases of fraud. In 2018, Indiegogo partnered up with an identity verification company Onfido to help confirm the identity of its campaigners. Onfido’s technology leverages artificial intelligence and machine learning to verify new users when they sign up, thus allowing Indiegogo to fast track verification of campaign appeals and reduce the number of fraud cases. But while research has shown that AI-based tools can be efficient at detecting fraudulent activities, they are also susceptible to bias, especially against minorities and the marginalized communities.

Another technology that can have a huge impact on the future of online crowdfunding is Blockchain. In the case of crowdfunding, blockchain technology and the use of cryptocurrencies can make funding processes safer and more transparent. The blockchain technology links all the three involved parties (platforms, backers, and campaigners) together by providing timely information that can be tracked simultaneously by them. By design, it can handle all issues concerning trust and transparency without human interference.

However, the intersection of online crowdfunding and blockchain technology could be disruptive. Currently, a crowdfunding platform acts as a third party that sits in between backers and campaigners. This entails that both parties need to trust the third-party platform to handle their money correctly and provide transparency regarding the campaigner’s use of funds.18 Since blockchain can provide immutable records of all transactions on a campaign, crowdfunding platforms can operate more transparently, assume greater accountability, and improve due diligence.

The future of crowdfunding will mostly be determined by regulatory measures and adaption of technology. As online crowdfunding becomes more popular in India and the rest of the world, more challenges are bound to emerge. Technologies like AI and Blockchain have shown promise to increase transparency and detect fraud. However, adapting to new technologies will invite new challenges which require careful consideration on part of the crowdfunding platforms and regulators.

AI algorithms can be biased based on who codes them, how they’re built, and what purpose they serve. The bias can be hard to figure out, predominantly since the technology often operates in a corporate black box. Multiple studies have found AI tools to produce prejudices against black people and women. As crowdfunding platforms embrace machine learning-based systems to make campaign selection choices, it might become increasingly difficult for them to detect the biases in their practices. The metric to choose which campaigns to select, boost, or reject can be based on data that is blind to implicit biases.

Researchers are now realizing that companies that are blindly mining data by feeding it into machine learning-based systems also tend to pick up the societal biases that the AI-based systems were supposed to mitigate. It’s not unusual for large crowdfunding platforms, which get thousands of campaign requests every day, to use an AI model to rank the relevancy of the campaigns by predicting their success probability.

Nonetheless, the future of online crowdfunding looks promising. With the help of innovation, collaborative measures, regulatory oversight, and other checks and balances, the industry can well become one of the most disruptive emerging finance models in the Alternative Finance industry.

[…] acid attack survivors have been able to connect with people who can support them in their pursuit of financial independence. Hence, crowdfunding for businesses can be an empowering tool for marginalized communities and […]

[…] acid attack survivors have been able to connect with people who can support them in their pursuit of financial independence. Hence, crowdfunding for businesses can be an empowering tool for marginalized communities and […]