Sports as a Laboratory for Economics 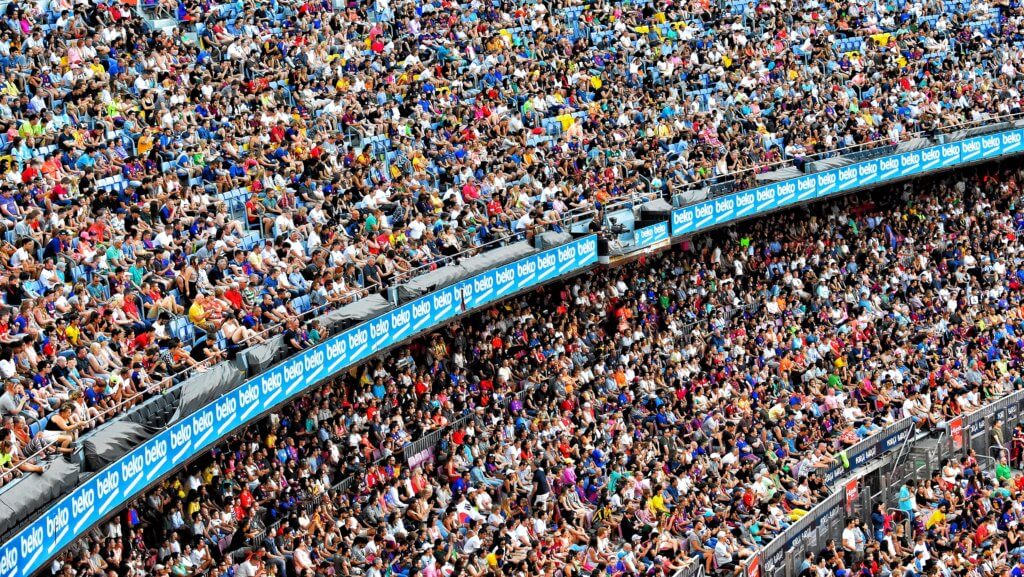 During and outside the game, the sports industry can provide a rich stream of data that economists can use to analyze vital issues. For example, we can study discrimination, racism, gender difference, wage gap, game theory, and during gameplay, what drives entertainment, what type of content generates the most revenue, cheating, drug use, genetic factors, training outcomes, franchise valuation, etc. All these factors become easier to evaluate in sports compared to many other industries where such a stream of data is not as openly available to study due to costs, privacy, lack of data, and difficulty establishing causes to effects.

With sports economics, we study the industry’s subjective and objective influences across various spheres of interest. We can, for example, study violence in sports and conclude which gender is more prone to violence. We can study players’ decisions during gameplay, like why in cricket, a batsman’s strike rate drops as he approaches a hundred-run mark, even if his team needs him to play an aggressive game. Studying these patterns, we can use game theory to show how individual interests are not always aligned with group interests.

In Sports, we have measures of activity that we can look at. We can use a Fixed Effect model very easily by keeping everything constant and measuring the effects of one variable on different things. We can evaluate input and its output or inputs causing a work. We can measure a player’s productivity and contribution to the team’s wins.

Moreover, sports as a good is consumed by many people (the audience, players, media, politicians) and takes up a lot of space in our day-to-day lives. Most media channels cover sports as part of their daily newsfeed, people of all ages discuss and bond over sports, and local and private businesses generate revenue by selling sports equipment or holding league tournaments, live streams, fantasy leagues, etc. Sports seem to be a part of our lives, whether we like it or not. And it makes sense economically to evaluate sports to understand its impact on our day-to-day lives and whether and how we could replace or improve it. In other words, because sports exist across many levels (school, college, local, community, state, national, and international), we want to understand its effects on the economy, given its sphere of influence.

Analyzing sports empirically and quantitatively also makes incentives transparent. The rationale behind many regulations in sports can be popularly accepted without being economically sound. One prominent example is the regulations and structures ostensibly designed to ensure competitive balance, such as baseball’s reserve clause and draft structure (which many sports share).

The rationale behind these is partially invalidated by the joint-production profit incentives of sports teams producing a high-quality game and partially invalidated by the application of the Coase theorem, which implies that (in the case of the labor market) talent will be allocated where it is the most profitable provided there are reasonably low transaction costs. Scully’s analysis of the baseball labor market quantified the monopsonistic effects imposed by the reserve clause, a finding consistent with Coase’s implication that the only difference in the result when teams transact in place of players is who gets paid.

The empirical analysis also sheds light on the incentives behind the college sports market. While the profit motive behind colleges’ refusal to pay high-performing athletes may be apparent, many fans rationalize that college players should play for the ‘love of the game.’ On a more nuanced level, investment in sports will often be justified within a college by pointing to its admissions and ranking benefits. An accurate economic analysis of both factors uncovers a dynamic where colleges extract enormous rents from star players and where students’ tuition includes costs for developing sports programs that inefficiently accomplish their stated outcomes.

While investment in sports at the college level must be driven at heart by students’ demand as athletes, various empirical studies (R. Noll) clarify their ineffectiveness in justifying costs any further, perhaps overestimating demand in a framework without clear feedback.

Although sports are no exception to the profit maximization rules governing a firm, the familiar perspective of team-level analysis misses essential factors. With so many regulations surrounding competitive balance, it is easy to forget that sports teams do not produce alone and that the relevant economic entity is the sports league. Teams engage in joint production, delivering units of quality game time: as a result, the market hands teams the economic incentive to win barely. One way this is governed is via the price of labor.

The Coase theorem ensures that players are hired where they are most needed, regardless of the transacting party. While regulations like the nullified reserve rule or the draft don’t do much in competitive balance, the market ensures that the most profitable games are more likely to happen. A team’s revenue is more a function of the metropolitan area and population engagement, and the best athletes will naturally be hired for higher salaries in these metropolitan areas. This ensures that big-city teams will consistently be duking it out in high-profile games.

The market, however, is not fully competitive, with one league often nationally dominating a sport (MLB, NFL, IPL). It is costly and difficult to build brands and stadiums and challenging to build the talent pipeline. Baseball teams run large farm teams and scouting operations, investing in identifying and training potential talent and using that talent as a competitive advantage. Because of these factors, leagues are often natural monopolies in their area, and monopolies are subject to different forces than efficient firms — for example, Becker’s model of discrimination requires a competitive market for certain kinds of discrimination to be competed out.

However, suppose the root of discrimination lies in the consumer base that a firm serves. In that case, that firm maximizes its profit by delivering a product suited to discriminating tastes (for example, an all-white baseball team).

Furthermore, insights/lessons from an economic study of sports have broad and important applications which apply in other domains. The concerns surrounding data usage and sophisticated analysis in sports mirror that of society at large. Rigorous quantitative analysis of player performance has changed the face of sports. Collection capabilities provide a library of information on human decision-making and performance; analyzing that data is a corporate asset. This analysis has invoked the same questions that comprise debates over Facebook, Google, and consumers’ personal data: who owns it, and what protections should exist?

On the one hand, sports are played in a public setting, with each player expecting no privacy. Pulling insights from regressions on an enormous amount of granular performance data is, by some qualitative metric, no different from the process a veteran scout uses to pick rookies — after so many repetitions, his ‘gut feeling’ is a reliable computer. This example would imply that insights belong to those who collect and analyze the data.

On the other hand, this may set a dangerous precedent for privacy regulation. While a person’s public actions are subject to a reasonable degree of scrutiny, there is a meaningful difference between this and deep quantitative analysis. Coase’s theorem may apply when its fundamental conditions are satisfied, returning data to the hands of those who value it the most — in today’s market, often not the consumer.

Discrimination can also be modeled more efficiently in the sports world, and court decisions on discriminatory practices in sports set a broad precedent. The statistically cleaner world of sports can shed light on other aspects of discrimination — from the expectation that more discrimination is expected in sports where personal contact is more pervasive to the persistence of employer and coworker discrimination in non-competitive market structures (the NFL, for instance). Because data exists through the racial integration of sports leagues, we can analyze how integration has acted as an economic innovation and generalize these benefits.

Applying new regulations to sports and their tests in the court system can set standards for the wider application of those laws. Along similar lines, the availability of pay data for (theoretically) every player in a particular sport allows much cleaner salary analysis and the isolation of several generalizable factors — allowing economists to study discriminatory behavior, which more often than not is mirrored in the non-sports world too. In this sense, sports can be a clean laboratory for economic concepts broadly applicable in the non-sports world.

A simple cost-benefit analysis of players on field decisions also yields general behavioral insights into human nature. Consider, for instance, the fact that injuries in sports are hard to reduce. Most sports usually have safety equipment that the athletes wear to compensate for the risk of playing the game. Yet, we observe that adding safety measures still doesn’t reduce injuries. The reasoning behind this phenomenon is the Peltzman effect, a risk compensation theory that states that people adjust their behavior according to the risk they face.

In scenarios of greater risk, people tend to be more careful, but the opposite is also true, i.e., when there is less risk, people become less cautious. In other words, as the cost of riskier gameplay goes down (i.e., more safety equipment is introduced), players take more risks to better their gameplay. For example, a driver wearing a seatbelt in an ABS car will tend to drive faster, given the car’s safety features.

What we observe is that people change their behavior as the risk factor (cost) decreases to gain a competitive advantage. This makes it challenging to contain injuries even after introducing safety measures by giving players an incentive to play a more aggressive game, given the competition they are facing.

Or consider how crime will likely increase in areas hosting world cup tournaments. This, too, depends on the tournament’s tendency to change the cost-benefit dynamic, i.e., every time a situation arises where the expected benefits of committing a crime outweigh the expected costs, the likelihood of crime will increase, assuming that individuals are risk neutral. So we must ask what essentially changes during world cups that motivate crime. There are a myriad number of situations that are created during popular events that would lead to an increase in crime.

The area where the tournament is held will receive a huge tourist influx, who often become easy targets for thieves to target. Due to the high cluster of people, assigning proper security during such tournaments also becomes difficult (i.e., costly). Moreover, during playtime, many people leave their houses to watch the game, which provides an excellent opportunity for burglars to break into homes when no one is there. Thus we observe that major tournaments shift the cost-benefit dynamic for thieves to commit property crimes.

The importance of “economics in sports” cannot be better expressed than the following quote from Nobel Prize Laureate Daniel Kahneman: “Studying sport is a great idea because people make many decisions that matter enormously to them under standard conditions. It is one of the best places to do this”. Simply put, sports data provides an excellent laboratory to study human behavior in real competitive environments. Sports economics links directly to a range of sub-disciplines within the broader field of economics, such as industrial economics, the theory of the firm, labor economics, and demand theory. Thus, sports offer a range of highly relevant applications to economists.

What is Reward-based Crowdfunding? Crowdfunding is the concept of more people donating smaller amounts, which helps in two ways – raise larger quantities and get millions of people to know about the project/initiative. Reward-based crowdfunding Read more…

Reach Out to Different People via Social Media Your network can broadly be divided into four categories: solids, 1st, 2nd and 3rd networks. Reaching out to your network is key for crowdfunding. Solids are people Read more…

20 Books People in their 20s Must Read

Have you ever wondered how it would feel to become a simple feather? To feel as light as a feather. I believe reading is like a gush of cool wind on a sunny day. But Read more…