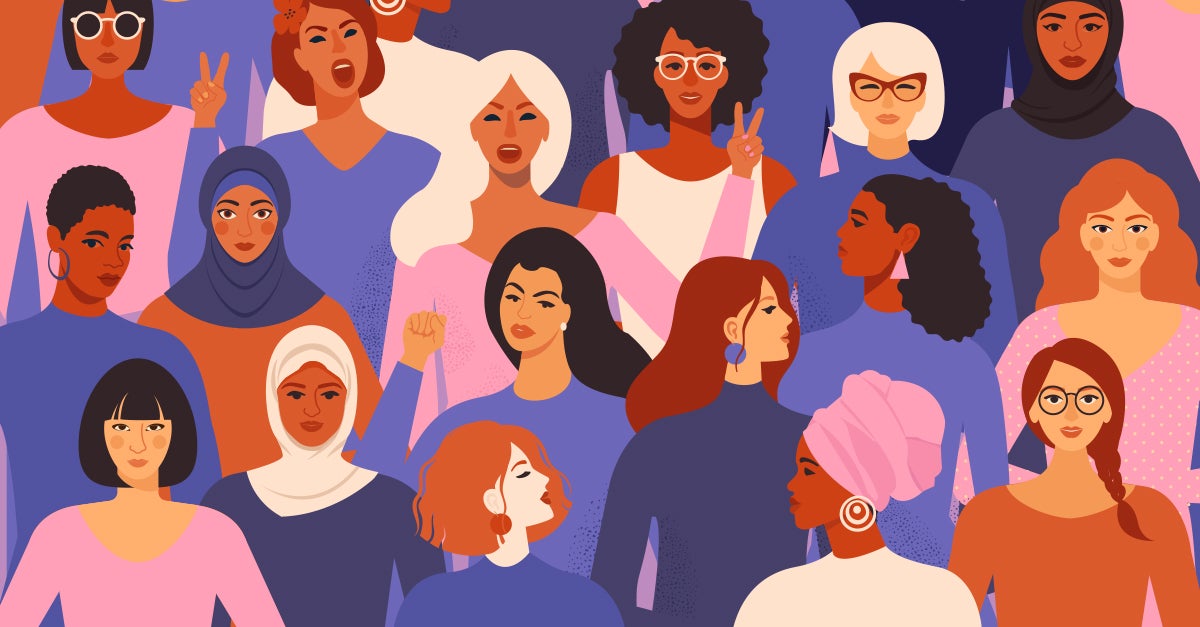 When we talk about spaces, it’s important to realize that digital spaces are as important as any physical space. The internet governs our lives today; from shopping online to finding suitable dates, the internet caters to all our needs. If the industrial revolution defines the 20th century, then the digital revolution defines the 21st. From blogging to tweeting, the internet has allowed us to express ourselves freely and has created opportunities for men and women. But the same internet has led to an increase in gender inequality and marginalization of women.

The Internet as a medium is humongous and ever-growing in nature. Unlike physical land, which is scarce, there is abundant e-space for all to co-exist with equal opportunity — at least, that’s the idea. Our present-day society is patriarchal in nature, and despite the best efforts of feminists, the issue of gender inequality still has deep roots in society. One reason is that a societal precedent of patriarchy has put women at a disadvantage. For centuries, our society, laws, preferences, norms, and cultures have been shaped and structured to fit the needs and desires of just men.

Women in this society have limited space and rights. In modern times, the precedent is still visible in our languages and the workforce. The dawn of the digital age provided a ray of hope—a space without precedent. Unfortunately, we observed that offline inequalities slowly crept into the digital world, creating the same past paradigms. The internet today does not provide any avenues for equal opportunities to women; it mostly caters to men.

“Women only comprise 28% of propriety software jobs in the tech world. For IT jobs, the number is low at 25%. Women executives at Fortune 500 companies are only 11%. Perhaps the worst fact is that only 5% of women entrepreneurs exist in the tech domain. In comparison, 55% of Twitter and Facebook users are women. Similarly, 60% of Zynga social gaming players are women. Among individuals holding professional jobs in the US, a majority, 56%, are women. ” (Women who tech).

So how is it that the digital space has such high male dominance? One answer is stereotypes and prejudices. “At Google, women make up 30% of the company’s workforce but hold only 17% of the company’s tech jobs. Facebook has 15% of tech roles staffed by women. At Twitter, it’s a laughable 10%. For non-technical jobs at Twitter (think marketing, HR, sales), the gender split is 50-50.”(Emily Peck). Stereotypes and prejudices explain the existing discrimination. In her interview with Emily Peck from Huffington post, Christina Corbett says, “In computing, the stereotype of male superiority has proved more stubborn.

Stereotypes and Their Long-Lasting Pitfalls

The number one thing holding women back is stereotypes. The stereotype is that girls and women are not as good at math and science as boys and men are. There’s evidence that by first grade, most kids already associate math with boys. This is just a belief most of us have. It’s a reflection more of our culture than anything individual.” Peck explains, “Those prejudices tend to make their way into the hiring process. Both male and female hiring managers often view women as less competent in math or tech.”

We observe that these stereotypes and prejudices result from the past precedent of male dominance that has defined our society and culture for ages. To overcome this precedent, women need to claim their space in the digital world. Today, people spend more time on the internet than anywhere else. If we want to have gender equality in the physical world, it won’t matter unless we have gender equality in the digital world. The digital space overshadows everything else. It’s a space that captures the most attention and is most visible to people.

A strong presence on the internet translates to a strong presence in the real world. Today, the struggle for equality is shifting from the real to the digital world. Trending topics and hashtags make it possible for voices to amplify. So, if feminists want to win the fight for equality, most of that fight has to take place in the e-space. There is a need for women’s empowerment in the digital world. Gender equality will remain a utopian dream as long as women are not a part of the decision-making brigade in the e-world.

The Story Behind Algorithms

Most of what we see today is governed by algorithms, which people — mostly men, create. Self-improving AI algorithms determine our Google search results, social media news feeds, and online shopping recommendations. Increasingly, they also decide who can apply for a loan or a job interview, the chances a particular person will get stopped and frisked by the police, and how we consume content. Biases can be present in algorithms depending on who codes them, their structure, and what purpose they serve.

Bias in Algorithms: Reality or Myth?

The bias can be hard to figure out, predominantly since the technology often operates in a corporate black box. For example, studies have found AI tools to produce prejudices against black people and women. Consider the case of language-generation and image-generation algorithms. The MIT Technology Review states, “Language-generation algorithms are known to embed racist and sexist ideas. The language of the internet is present strongly within them, including the dark corners of Reddit and Twitter, which may include hate speech and disinformation. Whatever harmful ideas are present in those forums get normalized as part of their learning.”

Similarly, biases can be observed in image-generation algorithms. Researchers at Carnegie Mellon University and George Washington University found that when an image-generation algorithm was fed an image of a man, 43% of the time, it would autocomplete him wearing a suit. In comparison, when the same was done for a woman, it autocompleted her wearing a low-cut top or bikini. This has serious implications that spill into other domains like candidate assessment, surveillance, and computer-vision applications.

The point is that these algorithms are ever feeding on the internet of things, devouring all data that comes their way. Unfortunately, the web is full of scantily clad women and content that perpetuates harmful stereotypes against women. Thus algorithms without conscious human intervention will continue replicating existent stereotypes and inequalities.

There is a need for greater representation of women on the decision-making table where the algorithms are conceptualized because men are far removed from these underlying realities as they don’t affect them; therefore, their foundational assumptions often tend to be wrong in this regard.

Women empowerment in the e-space is the need of the hour, or else we will continue to have a fractured system that perpetuates systematic injustices against women. We live in a world where women have been historically disenfranchised, and the online world creates an opportunity to change existing paradigms. Still, we need to act fast, or else we succumb to the same patterns of the past. We must think carefully about who gets a seat at the decision-making table, influencing how e-spaces undergo changes and modifications.

“Women belong in all places where decisions are being made. It shouldn’t be that women are the exception.” – Justice Ruth Bader Ginsburg

1.) DesRochers, Lori. “The Radical Act of Mommy Blogging: Redefining Motherhood Through the Blogosphere” Paper presented at the annual meeting of the Association for Education in Journalism and Mass Communication, The Renaissance, Washington, DC, Aug 08, 2007. Page 732.

2.) Peck, Emily. “The Stats On Women In Tech Are Actually Getting Worse.” The Huffington Post. TheHuffingtonPost.com, n.d. Web. 02 May 2016.